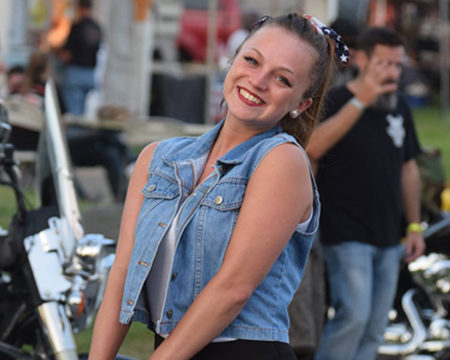 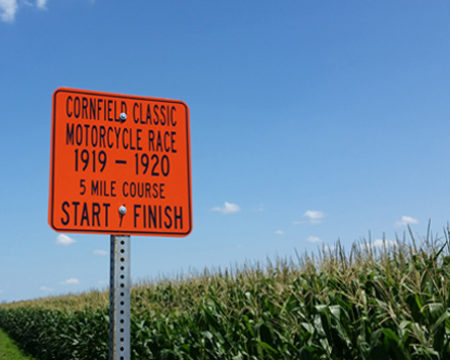 America’s favorite motorcycle first earned the nickname “hog” after the winners of the 1920 Marion International Motorcycle Race took their victory lap with their team mascot, a pig. Cruise through the classic and cool area for a ride to remember.

Motorcycle rallies aren’t usually considered a sign of a rich history, but in the case of East Central, Indiana, the Hog Daze Motorcycle Rally celebrates the time and place that a Harley was first called a “hog.” In 1920, “The Hog Boys” team earned their nickname when they celebrated their victory in the 1920 Marion (Indiana) International Motorcycle Race by riding with a pig around the Cornfield Classic track.  The hog moniker stuck, and the Hog Boys’ route to victory is celebrated annually at the Hog Daze Motorcycle Rally.

If You Go To Hog Daze:

Downtown Jonesboro, Indiana plays host to the area’s largest motorcycle rally, the annual Jonesboro River Rally. Hundreds of bikers experience spectacular live entertainment, trick riders, fun events,  and great food.  The event is held the same weekend as the Remembering James Dean Festival, and The Ducktail Run Car Show is happening at the same time, just across the river in Gas City, Indiana. Great 50’s fun during a James Dean weekend in Grant County! This is a unique biker rally that all riders are sure to enjoy.

If You Go To Jonesboro River Rally