Grant County is Home of the Hog!

Every biker knows that the nickname for a Harley-Davidson motorcycle is “hog.” What they may not know is that the iconic nickname was coined right here in Marion, Indiana, almost 100 years ago! Coming off the heels of World War I, the 200-mile “Cornfield Classic” was instrumental in reviving a sagging, post war motorcycle industry. Back then, Harley-Davidson was one of the most popular bikes because of its contributions and success during World War I.

Each year in August, the Grant County community celebrates their motorcycle history during the Hog Daze Motorcycle Rally and Music Festival! 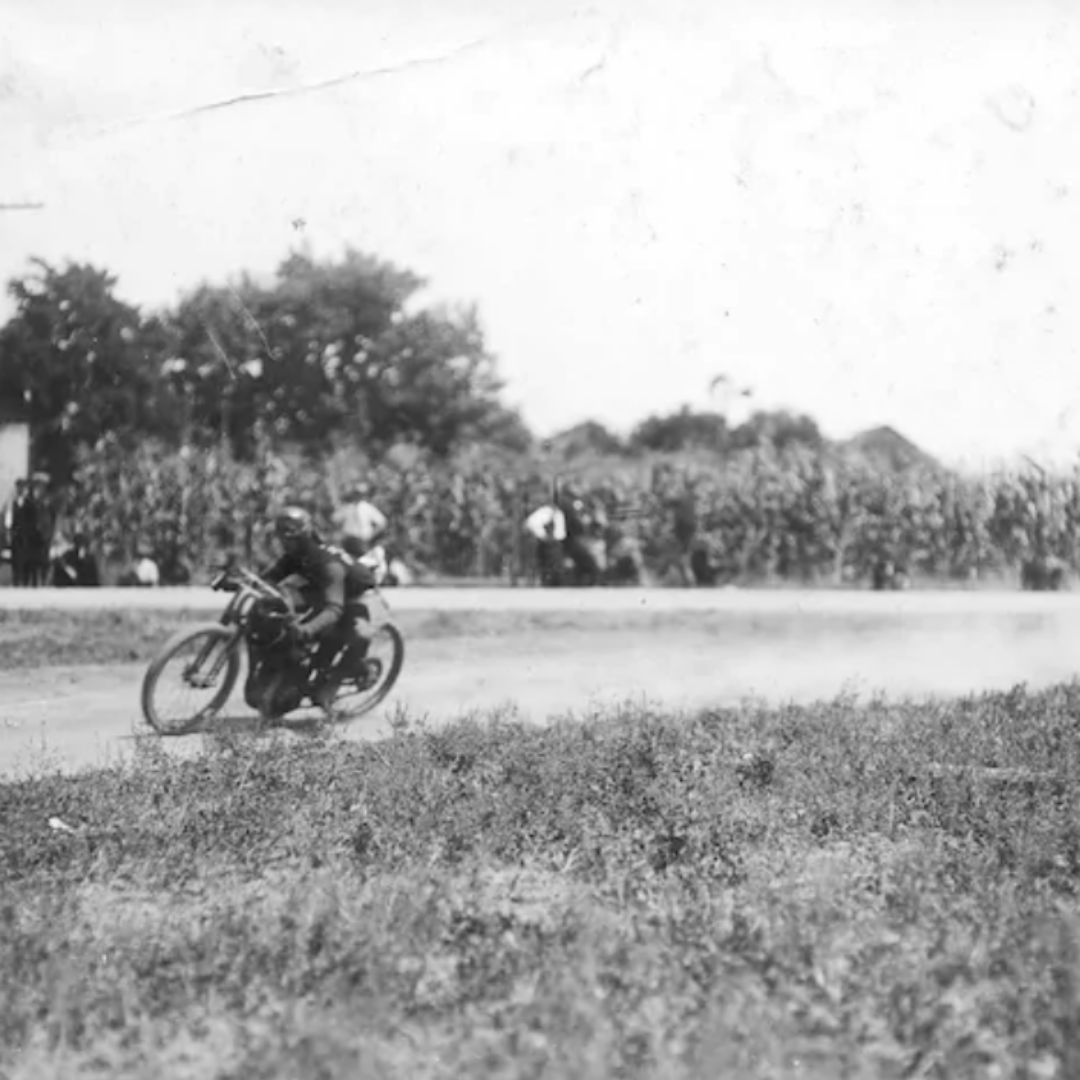 Many people were hesitant to get back into the sport of motorcycle racing after WWI due to the world trying to pick up what remained of itself after the war; however, the Motorcycle and Allied Trade Association decided to host a race that would get everyone excited about racing again. The race was scheduled for Labor Day Weekend in 1919, and no one knew what to expect. To everyone’s surprise, the race was a hit!

The following year in 1920, another race was hosted again over Labor Day Weekend in Marion, Indiana. This race would later become known as one of the most iconic motorcycle races in history, the “Cornfield Classic.” In the early 1900’s the Indian and Excelsior motorcycles were known as powerhouses in the arena of racing. Of course, they were later joined by Harley-Davidson, which would eventually become one of the most famous motorcycle brands in the world.

Ray Weishaar, a member of the Harley-Davidson Wrecking Crew and a Class A Racing Champion in the early 1900’s, helped to popularize the nickname ‘HOG’. Weishaar’s greatest victory was at the 1920 Cornfield Classic. Not only did he win the race, but he beat the standard racing record by a whopping 18 minutes! After his triumph, Weishaar put a little hog on his bike and took a victory lap. That little piglet became the team mascot after its first appearance in Marion, and the rest is history. 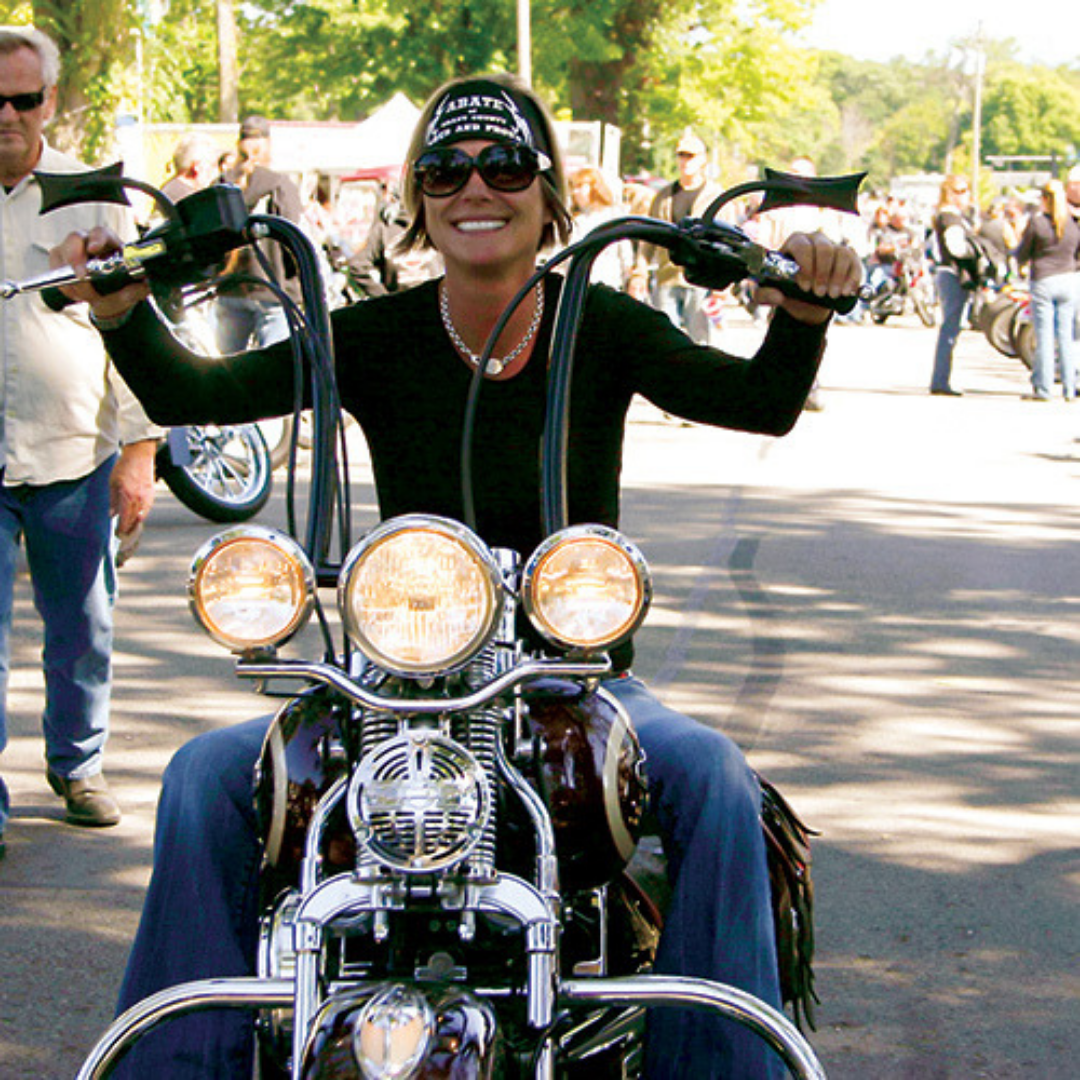 If you’ve never heard of Grant County’s Hog Daze Motorcycle Rally, we have everything you need to know! Each August, Marion, Indiana hosts the Hog Daze Motorcycle Rally and Music Festival in honor of the history that was made at the Cornfield Classic over 100 years ago. The celebration consists of original, live music, a hog roast, field events, a swap meet, bike shows and much more. Bikers can even take their own ‘victory’ lap around the Cornfield Classic track.

If you missed this year’s event, go ahead and start planning for next year! The festival is hosted in Marion, Indiana at the Grant County Indiana 4-H Fairgrounds. Make sure to plan for your weekend getaway by either booking a hotel in Marion or plan to stay at one of Grant County’s conveniently located camping facilities.

To learn more about the history of motorcycle racing and Hog Daze, visit: 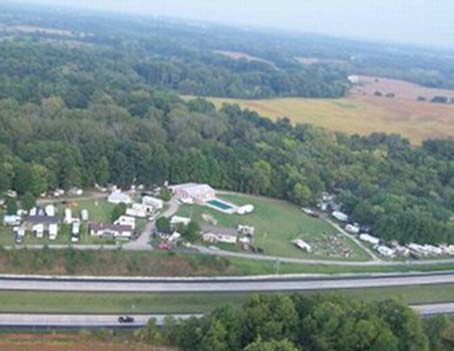